A couple of months ago, we announced to our 5 and 8 year old daughters that Joey was pregnant.  I decided to make the announcement a little more interesting for them, and here’s what we did.  After a little initial preparation, I called the girls into the lounge room, and handed them an envelope.  I told them that they had to solve the riddle in the envelope and that would tell them where to look for the next clue.

Great excitement!  What an awesome game they both thought!

Without any further ado, the first riddle. 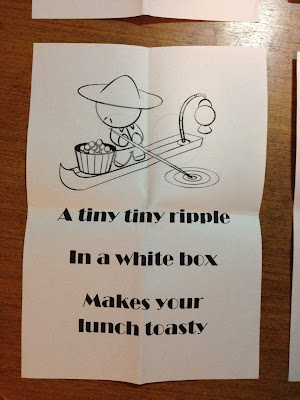 Gosh, that was a hard one to start with.  We suggested they dissect the riddle, and figure out what else a ripple could be called.  Bethany suggested a wave?  A tiny tiny wave?  A microwave?  The girls rushed to the microwave, and sure enough, inside it, was an envelope, with two sheets of paper. We instructed the girls to put the first sheet aside, and figure out the next riddle: 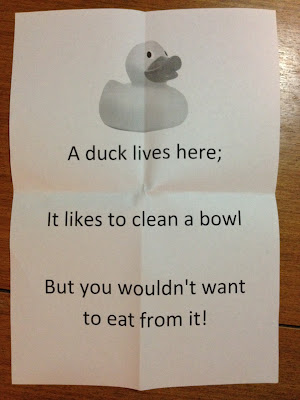 This one was easier, and Hannah (our younger), clicked to it: the toilet duck! And there, near the toilet, was an envelope! 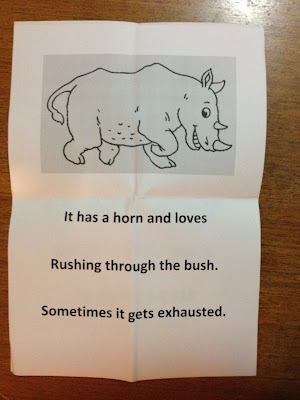 By this stage, both the girls were getting the hang of it and both making lots of suggestions, and it didn’t take either of them long to figure out that perhaps they should look in the car for the next clue! 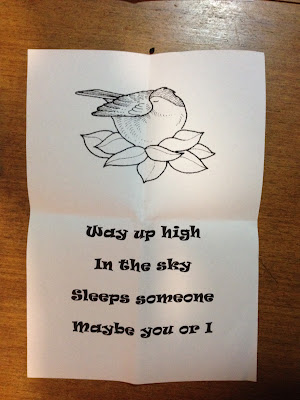 And with this one, the only stumbling block they ran into, was which sleeping loft?  They decided it couldn’t be theirs, because they had been playing in their room and hadn’t seen me coming in!  And the final envelope was in our loft.

They rushed back down with the final envelope to the lounge room where we were waiting, and put the four other pieces of paper together in order: 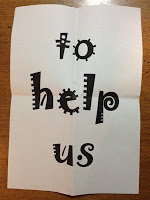 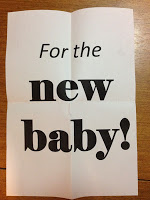 Their immediate response was, “But Mummy’s not having a baby!”  “I don’t believe it!”  “You are just joking!” It took us several minutes to convince them that it was actually true!

That afternoon, we told our parents the news, and the girls wrote their own riddle clues (which have unfortunately since gone missing) and did their own message for their grandparents!