Just like everyone else, I found Apple’s new train wreck release of iOS 6 maps bizarre. It’s rather unlike Apple to publish such an unpolished feature. The straight-line vector graphics look amateur when zoomed in and generally a step back from the Google maps. But worse than the lack of polish is of course the outright data errors. I can understand a misplaced town in an insignificant country such as the United Kingdom. But to misplace a whole ocean? I mean, it’s not like there’s that many of them to keep track of.

Here’s the evidence. You’ll also note the comparatively minor issue of a missing river. Minor compared to an ocean, anyway (on Google Maps): 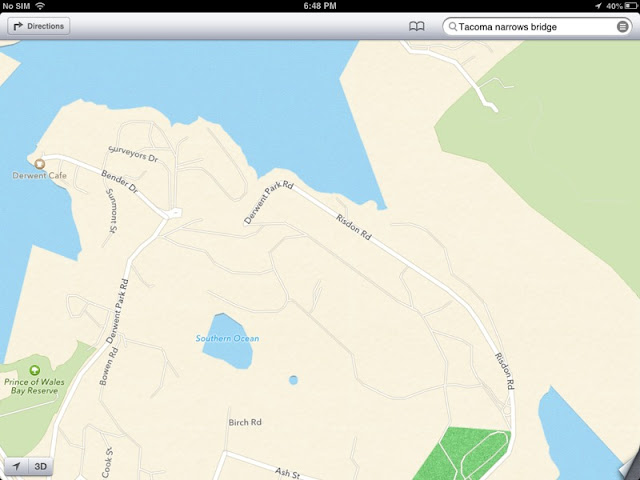 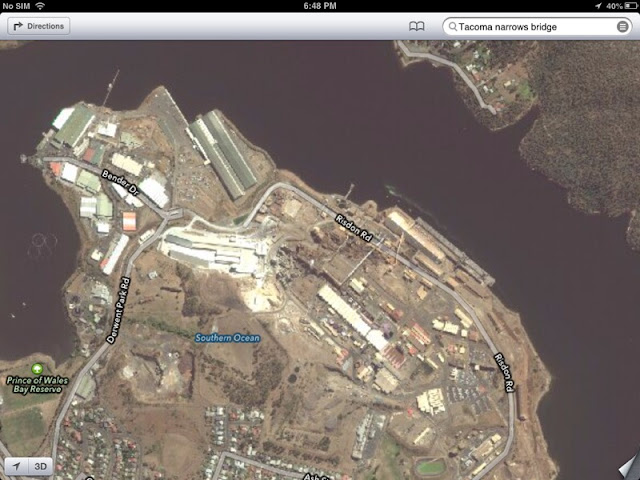 However, before you hanker for the good old Google Maps, let’s take a quick look at the same location: 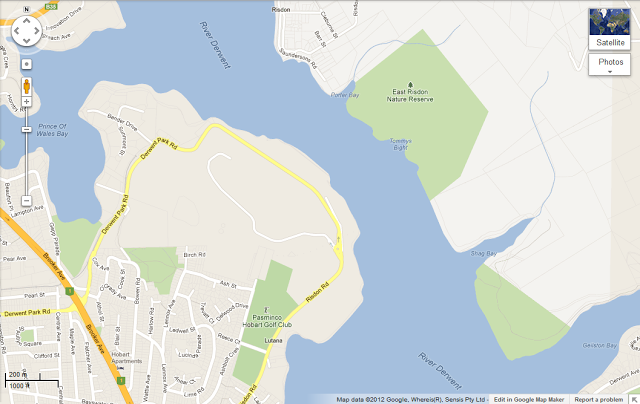 Looks good, river staying right where it belongs like a good little river, and the Southern Ocean has decided to skip town.  But there’s something different about that Derwent Park Rd: it seems to be a major through-road on Google Maps but is a dead end on Apple’s map:

Google should know it’s not a major through road.  Their Street View car even found the evidence. It’s a private road.  With a gate. 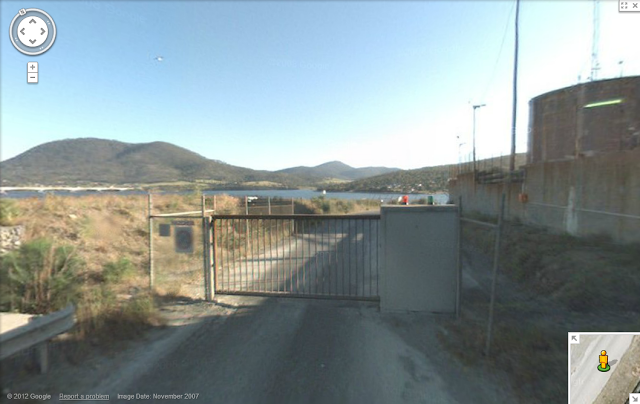 What’s the moral of the story?  Use Bing Maps?  Nope.  They include our little dried-up ocean, fortunately nameless, but also perpetuate that little issue with the closed road (and yes, both Bing and Google will happily direct you to crash through the gate, if you ask them for directions). 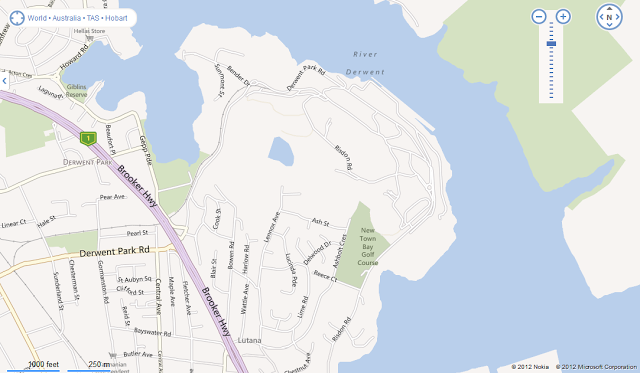 1 thought on “The Southern Ocean… According to Apple”