While other Khmer keyboards exist for iOS and Android, I wanted to try playing with one myself, given I am currently learning Khmer. Creating a keyboard layout is a great way to rapidly become very familiar with a script!

Keyman Developer makes it easy to play around with the layout of a keyboard and rapidly iterate the design. I was able to turn the original desktop layout into a mobile-optimised layout in under two hours, using only the visual editor. 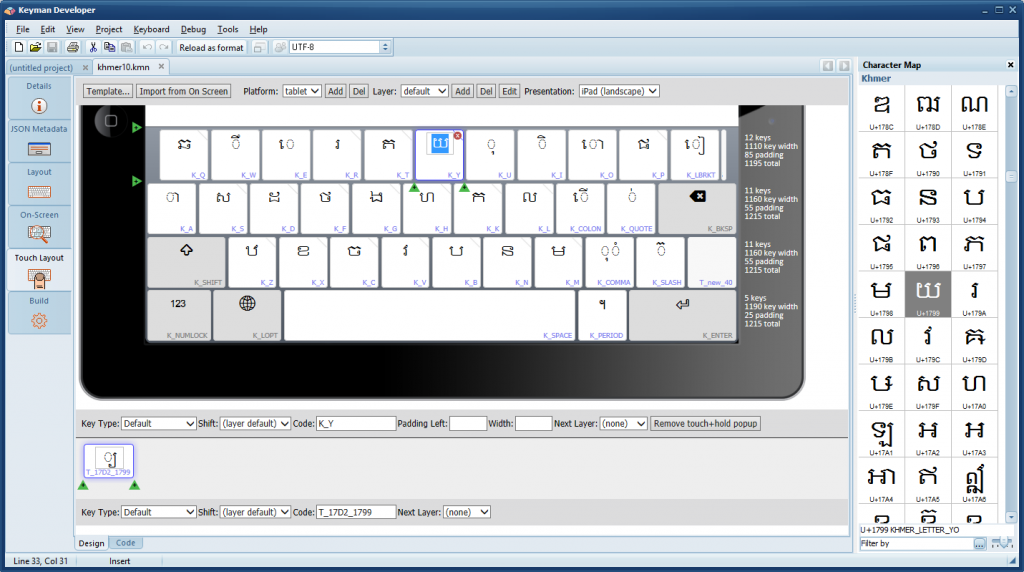 The base keyboard comes from the khmer10 Keyman keyboard created by Andrew Cunningham, which is based on the NiDA Khmer keyboard layout. This is a desktop keyboard, which follows a phonetic-style input, with letters placed as far as possible on keys with a similar sound in the English alphabet. For example, ក is on the [k] key.

I had a number of goals I wanted to achieve with this keyboard.

A design good for a language learner

I wanted the design to help me remember the script, the sounds and related letters. This may not be optimal for a person fluent in the language, but for me, the NiDA layout’s phonetic-style layout was a good starting point.

Reduce the number of keys …

As the original design is for a desktop keyboard, there are too many keys to fit on a normal mobile layout. As a mobile keyboard should ideally have no more than ten keys in a row, I started with reducing that as one goal.

… But don’t lose all relationship with the desktop keyboard

I tried to avoid moving keys around on the keyboard, or removing keys other than the ones described below. This way, once I do become familiar with the mobile layout, it is not a difficult transition to using the NiDA layout on a desktop computer.

Move symbols and numbers off base layers

A number of non-alphabetic symbols are placed in a seemingly haphazard fashion on both the unshifted and Shift layers. The position of these symbols is probably pragmatic – the keys were available and not used for any other purpose. On a touch layout, we don’t need to maintain this because we can have as many or as few keys as we wish.

I moved all non-alphabetic symbols and numbers to a numeric/symbol layer. 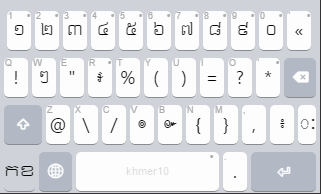 The original keyboard uses the key [j] as a prefix to create a sub consonant, by emitting the Unicode U+17D2 sub consonant marker character. This is a little obscure, and meant that the shapes of sub consonants were never visible on the keyboard.

I wanted to hide this encoding-based knowledge. I have added the sub consonants to the keyboard under a longpress menu for each base consonant, and added a rule to delete both the consonant and the prefix U+17D2 marker together when backspace is pressed. Thus, the average keyboard user need never know about the existence of U+17D2. 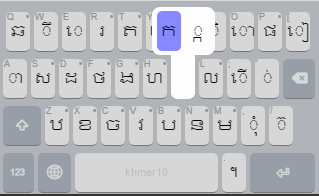 The Khmer digits were already on the keyboard, but the Hindu-Arabic numerals were not. I added these as long-press under the Khmer digit keys on the numeric/symbol layer.

Things that are not yet right

This keyboard is nowhere near finished, but it’s now at a good point to start using it, before making further optimisations. After using it for a while, I will have a clearer understanding of what is uncomfortable or awkward to use, and will also probably have better ideas of how to resolve the issues.

Some of the issues I already know about are: 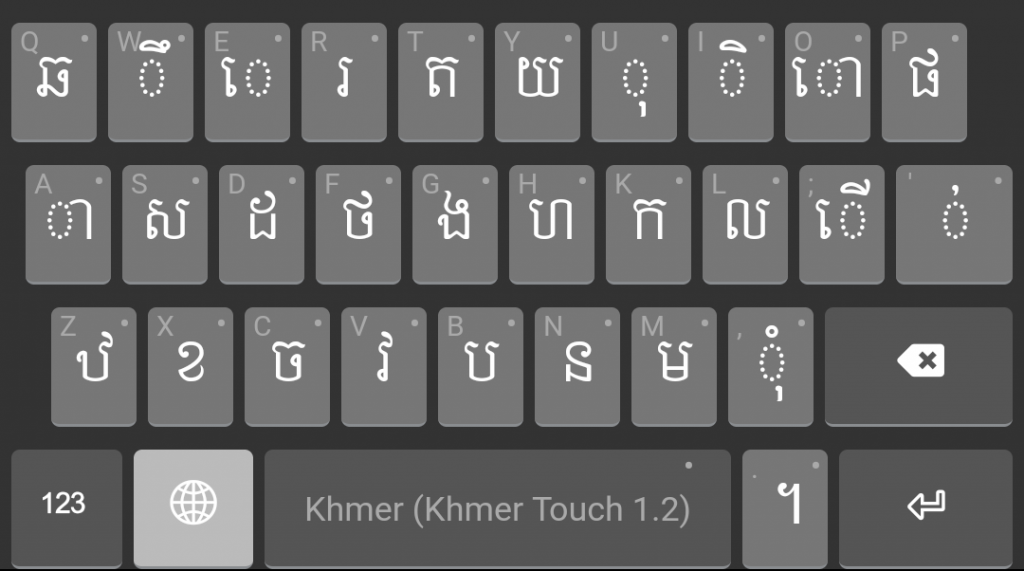 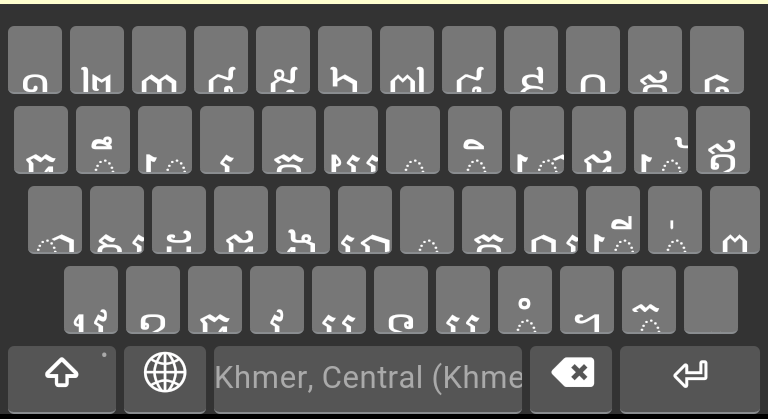 Get the keyboard + source

Despite these limitations, the keyboard should be usable for typing most Khmer text today, as least on iOS. It certainly covers most of my needs as a language learner today. As such, I’ve made it available for install into Keyman for iPhone and iPad or Keyman for Android.

First, install the app from the appropriate link above. Then click the link below to add the keyboard to your device. I haven’t included a font in the keyboard, so you’ll need a device which already supports rendering the script.

I welcome any feedback, of course!

The source of the keyboard is available on GitHub at https://github.com/mcdurdin/experimental-keyboards.

2 thoughts on “Notes on a Khmer mobile keyboard for Keyman”